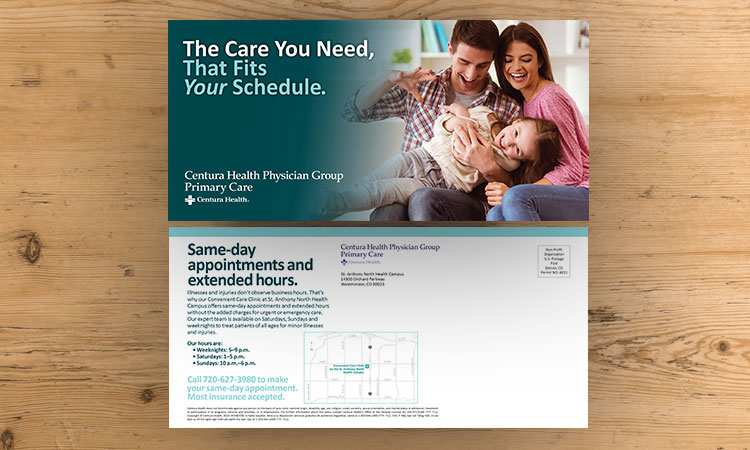 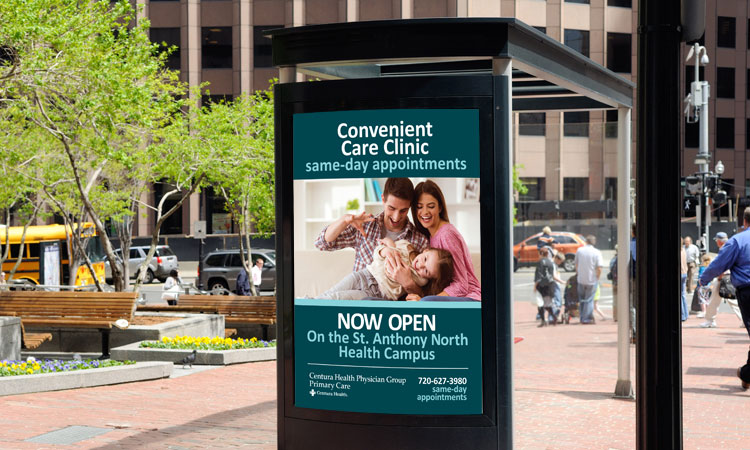 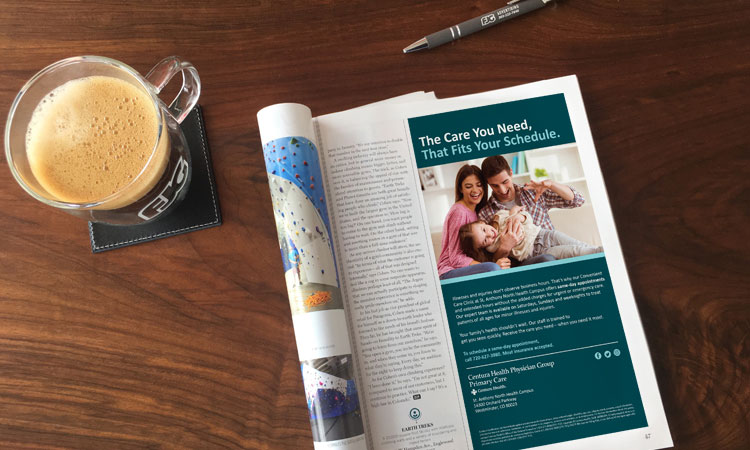 To develop a campaign that promoted the launch of a new concept after-hours medical clinic being launched by Centura Health. With a limited budget, tactics had to be meaningful and strategically reach customers in locations that were meaningful to them.

In this creative concept, we are promoting the opening of the new Convenient Care Clinic in a very simple manner. The true success of this campaign was gained by the strategic placement of media, We utilized several out-of-the-box tactics that provided measurable ROI and utilized digital advertising at specific times of the day, which were during the clinics non-traditional hours, and used geo-fencing around competitor locations and in the main traffic pathways to the clinic. In addition, we implemented a new tactic for our client called Device ID. With this tactic, we were able to track mobile devices that had been served digital advertisements to determine if they went to the clinic. This information proved to be invaluable to the client who able to calculate the ROI by comparing it to the predetermined revenue estimates per patient that had been set by the hospital system. This proved that this tactic was highly effective for the overall success of the entire campaign. 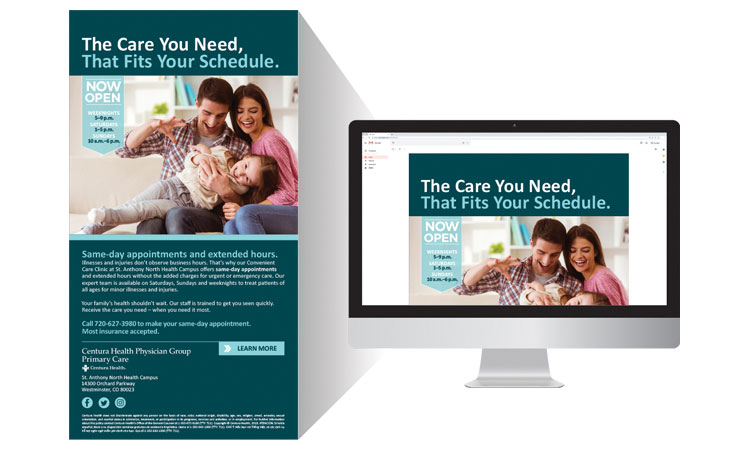 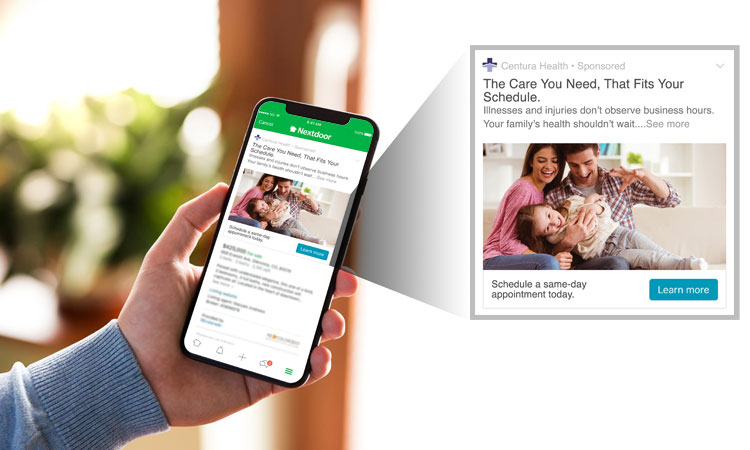 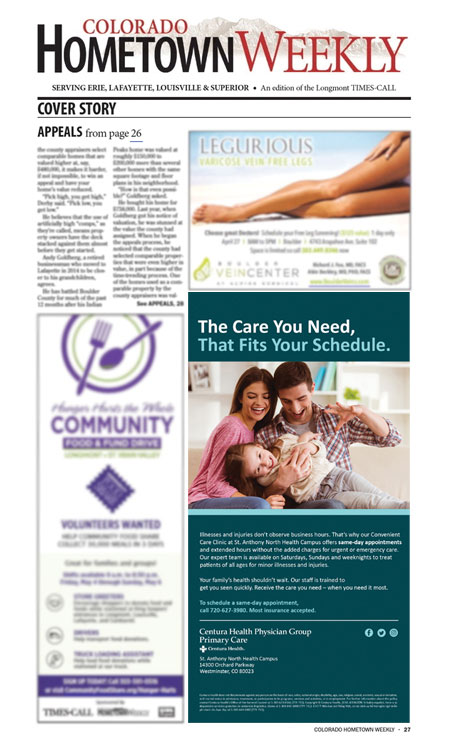 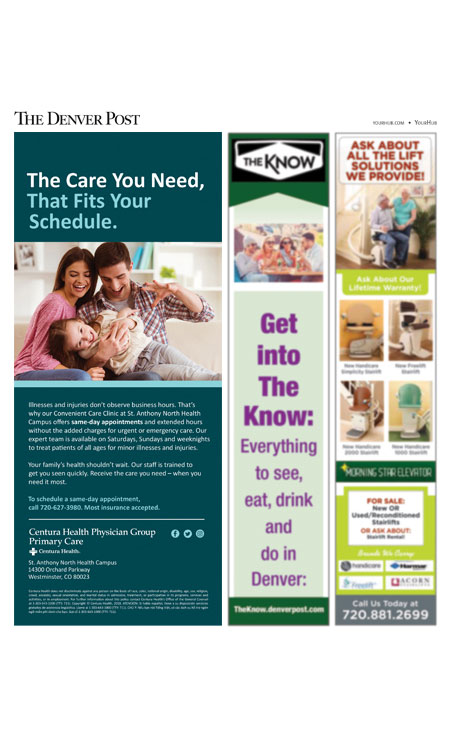 Have a project in mind? Get a quote today